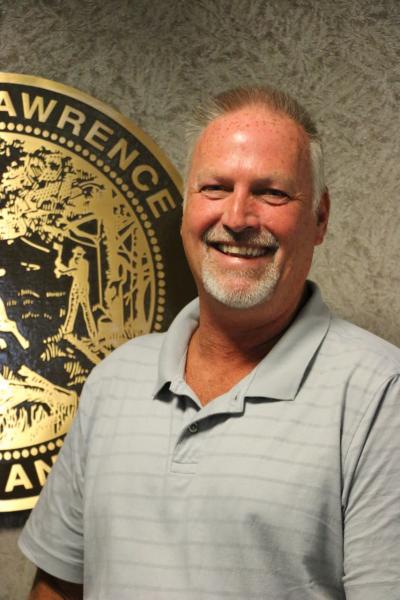 Eric was reappointed to the position of Director of Parks and Recreation by Mayor Collier in January of 2016. Eric has had the distinct honor to serve in this capacity since 1984, serving under the past six mayoral administrations (that’s all but Mayor Settles!)

After obtaining his Associate’s Degree from Vincennes University, Eric went on to complete his Bachelor of Science in Natural Resources Outdoor Recreation Management from Ball State University in 1983. In 1996, Eric completed his course work and received a Certificate in Public Management from Indiana University; however, he continues his efforts to complete his Master’s Degree program some 20 years later. Eric holds several certificates in the field of Parks and Recreation, including the distinction of a Certified Park and Recreation Professional (CPRP) since 1996.

Eric and his dedicated staff steward the 272 acres of park and greenspace within the boundaries of the City of Lawrence and provide recreational opportunities to all segments of the City’s diverse population.

Citizens of Lawrence have more available park and green spaces to enjoy per capita than any other community in Central Indiana. Eric and his wife enjoy camping and walking their two dogs (Rugby and Buckley) at the Waggin’ Tails Bark Park and along the trails of Fort Harrison State Park.