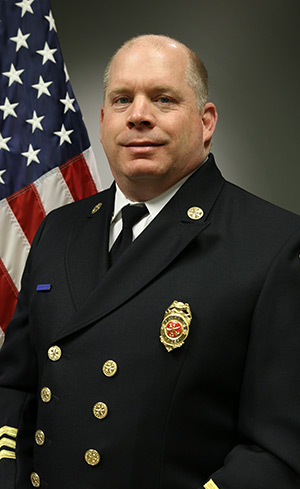 Tony Dowd became an EMT in 1993 and became an Advanced EMT in 1994. Tony took his paramedic training at IU/Bloomington and graduated from Indiana in 1995. He joined LFD in August 1995 and completed his Public Safety Diver in 1998. Tony was promoted to lieutenant in October 2001 and to captain in 2010. He became a Public Safety Dive Instructor in 2012. Tony was promoted to Division Chief of EMS in 2016. He holds certifications in Swift Water Rescue, Confined Space Technician, Fire Instructor and CPR Instructor.