The mix of unique, historic structures and amenities that dot the Fort Ben campus sets it apart from other cultural districts and communities. After almost a century as an active military base, state and community leaders were faced with a challenge of what to do with a 2,500-acre tract of land in the center of Lawrence that would lie dormant upon the federal closure of the Fort Benjamin Harrison military base in 1995.

Today, Fort Ben is considered a model for mixed-use redevelopment of military bases throughout the country. With its unique mix of uses and public amenities forming a new city center for the City of Lawrence, much work was done in 2019 to attract regional partners to invest in the Fort, with several projects breaking ground in the Spring of 2020.

The Mira Awards judges were most impressed by the cooperation and focus exhibited by numerous government and community groups as well as private companies. The City of Lawrence, Greater Lawrence Chamber of Commerce and Fort Harrison Reuse Authority demonstrated exceptional leadership, and a new Fort Ben Placemaking Council was formed in 2019 to ensure that the Fort remains a pleasant place to live, work and visit. This city-wide initiative also has a specific focus on attracting and retaining tech companies and tech-skilled workers by highlighting the Fort’s unique features, green spaces, arts and educational opportunities.

The Fort Ben Placemaking Council is comprised of elected officials, tech and public sector employees, Lawrence Township schools, and nonprofit organizations like the YMCA, Indianapolis Public Library and Arts for Lawrence, this volunteer group meets monthly and has outlined a multi-year strategic vision that prioritizes talent attraction and retention, preserves the history of the Fort, and establishes unified campus branding and storytelling

These planning efforts and investments have contributed to a unique campus that is now home to a robust tech ecosystem of nearly 30 companies within a half-mile radius at the Fort. Several long standing companies continue to choose the Fort as they grow, including Bloomerang, Schneider Geomatics and Geospatial, Indy Data Partners, Indesign and Phoenix Data Corporation.

A total of 15 award winners and honorees were chosen from the 129 outstanding people, places companies and products that were selected as nominees for their achievements during the 2019 calendar year. Forty-eight independent, volunteer judges spent more than 850 total hours evaluating applications, interviewing nominees, and selecting this year’s winners. Judges included company founders, CEOs and presidents, CTOs, CIOs, and other subject matter experts.

The Mira Awards are named after the first of the brilliant variable stars to be discovered – the Mira Star. It is also the Latin root meaning “worthy of admiration, wonderful, marvelous.” The awards represent the best of tech in Indiana each year." 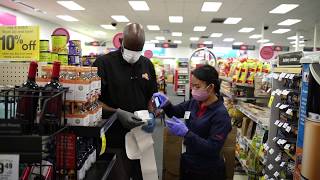 THANK YOU TO THE HEROES ON THE FRONTLINES. 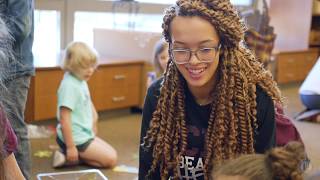 Lawrence: Get Out The Count 2020 Census